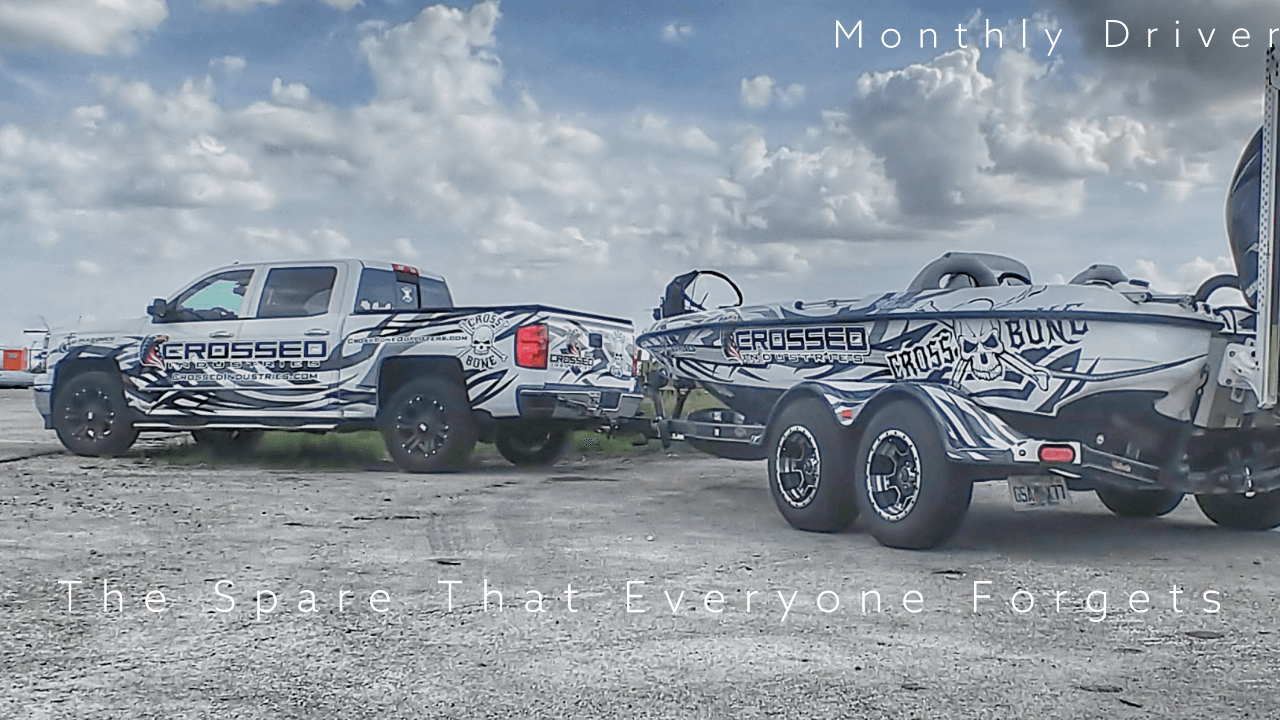 The Trailer Spare Everyone Forgets

The Trailer Spare Everyone Forgets

When it comes to making any sort of drive everyone is sure to have a spare for whatever vehicle they’re taking.  Whether it’s the spare tire for their daily commuter car, or a spare for their jeep, recreational vehicle, tow vehicle, or trailer – everyone has a spare.  It’s second nature.  What about the trailer spare that everyone forgets?

I was reminded of this when a Florida angler made a social media post about it this week.  He was fishing the BASS Open in Tennessee when he had a blow out of the worst kind the day he was supposed to be heading home.  Turns out one of his hubs blew out on his trailer as he was leaving the ramp after his final day of competition.  With it being late in the afternoon on Friday, he didn’t have the luxury of having a nearby shop open so he could get the issue resolved then and there.

Then there’s the times that some of us who have been unfortunate enough to have a hub go bad in the morning on the way to a tournament.  One morning while living in California, my partner and I were on our way to the El Cajon Ford Team Tournament on El Capitan Lake in San Diego.  We stopped to gas up and I noticed smoke coming from one of my hubs.  Not only was our tournament scrubbed, but so were my next two weekends.  There were no places to get my trailer repaired on Camp Pendleton, and taking a morning off to drop the boat off on Monday just wasn’t in the cards.

Going further back, in 2011 when I was living in Virginia Beach I was a lot more fortunate.  That fall Hurricane Irene was coming up the coast and was headed straight for us.  My family and I decided to leave town for my wife’s grandfather’s in western North Carolina.  While traveling down Route 58 I noticed there was some serious vibrations coming from the trailer.  I didn’t think much of it at the time, I was in a construction zone so it was probably just rough asphalt from the construction.  I hit a bump going onto the freshly poured and brand new asphalt and everything smoothed out.  Which meant everything was good.  So I thought.  A few miles down the road, another motorist pulled up next to me to inform me I was missing a WHEEL off of my trailer.  Thank God for the quality of the Bass Cat dual axle trailers.  I had no idea.  What happened was, a few weeks prior to this, I had a flat that I needed fixed.  When I replaced the tire I clearly did not tighten the lug nuts enough.  On this particular trip they had worked themselves loose and vibrated so much that they sheered the lugs off of the hub.  I was fortunate because it was a Thursday about mid day and the next town had a shop right on the highway.  They fixed the hub in about 30 minutes and I was on my way to western North Carolina.  Had this been the middle of the night, or worse – in the middle of the storm – I wouldn’t want to know how that ordeal would have been.

In the spring of 2012 when I did my permanent change of station (PCS as we call it in the military) from Virginia Beach to Camp Pendleton, I made a trip out of it.  Part of that trip was a week long fishing vacation to Lake Amistad in Texas.  Amistad is on the Rio Grande which as everyone should know is the border between Mexico and the United States.  When I finished my trip I was on my way to meet up with my family in Phoenix.  I left Del Rio and took the back roads to El Paso.  On the back roads there was a lone individual who was sitting with his truck about 50 miles outside of Del Rio.  There literally is nothing out there.  Of course I stopped to make sure he was ok.  This is not a part of the country where you leave anyone stranded.  He said he was, but he was waiting on his travel partner from California to go to the auto shop in Del Rio to find a hub for his trailer.  He was alone and being from California seemed a little uneasy because I was clearly open carrying in the Great State of Texas.  Yes, I was travelling alone on the border of Mexico.  I’m from Arizona, and we know to be prepared in border country.  I gave him some water I had and went on my way.

My point of all of this is things happen on the road.

We remember to have spare props, we remember to carry spare tires, spare keys are a must because we know they’ll fall in the water at some point in time.  However, when was the last time you really thought about having a spare hub for your trailer handy?  For me, even after all of these experiences it wasn’t until a friend showed me a really cool kit a few years back.  They’re made by a sub-brand of Lucas Oil Products called Dexter and they’re really cool.  They come pre-loaded with grease so there’s no messing around with any of that.  They have all you need such as replacement lug nuts, bearings, seals, a dust cap, and a cotter key.  The kit comes in a sealed clam shell and stows in my emergency kit under my back seat.  It’s easy to access and doesn’t expire.  So in any of the cases above, while it would have been a little messy, as long as any of us would have had the right tools the issue of a hub going out would have been as simple to fix as changing a flat tire.  I’ve had mine for a few years, and I’m lucky I haven’t had to use it yet.  But I also haven’t had to use the spare tire on my truck either, and I wouldn’t leave home without it. 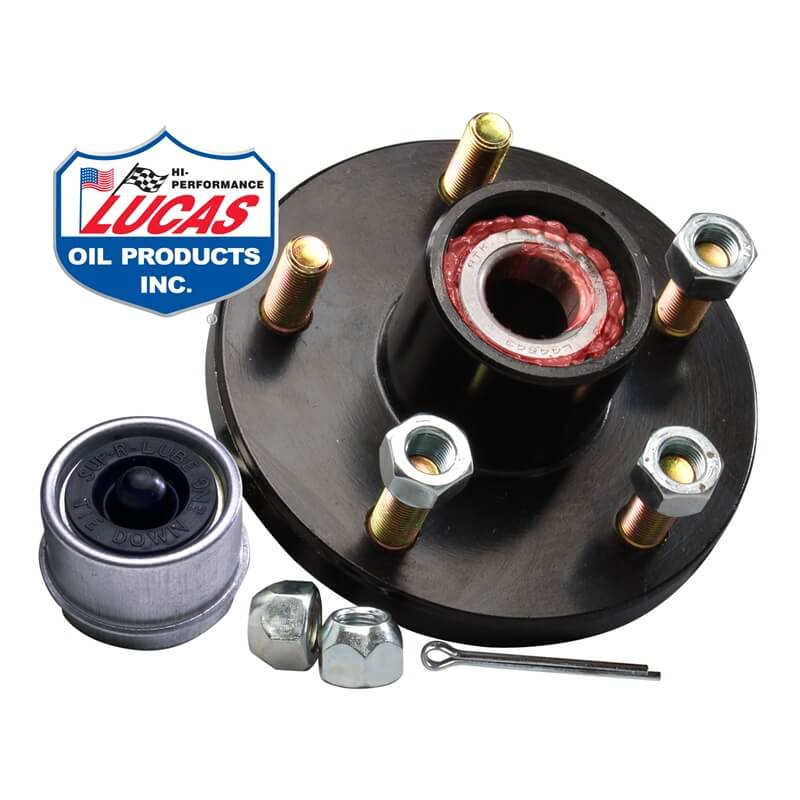 If you’re interested in making sure you don’t get stranded at an inopportune moment on your next trip, go here and make sure you have the trailer spare that everyone ELSE forgets.  DEXTER SUPER LUBE HUB KIT